How Does a KIJO Lithium-Ion EV Battery Work？

These giant batteries power our cars, but how does a lithium-ion battery actually work?

Now that EVs are taking over our roads, more and more people are becoming interested in the technology behind these vehicles. EVs feature tons of exciting technology. In today's electric vehicles, you can find everything from regenerative brakes to advanced fast charging.

But, apart from the electric motors, the most important component in an EV is its battery. The lithium battery in most EVs is also one of the most controversial parts of an electric vehicle. Read on to discover how lithium-ion batteries in electric vehicles help propel these advanced machines forward. 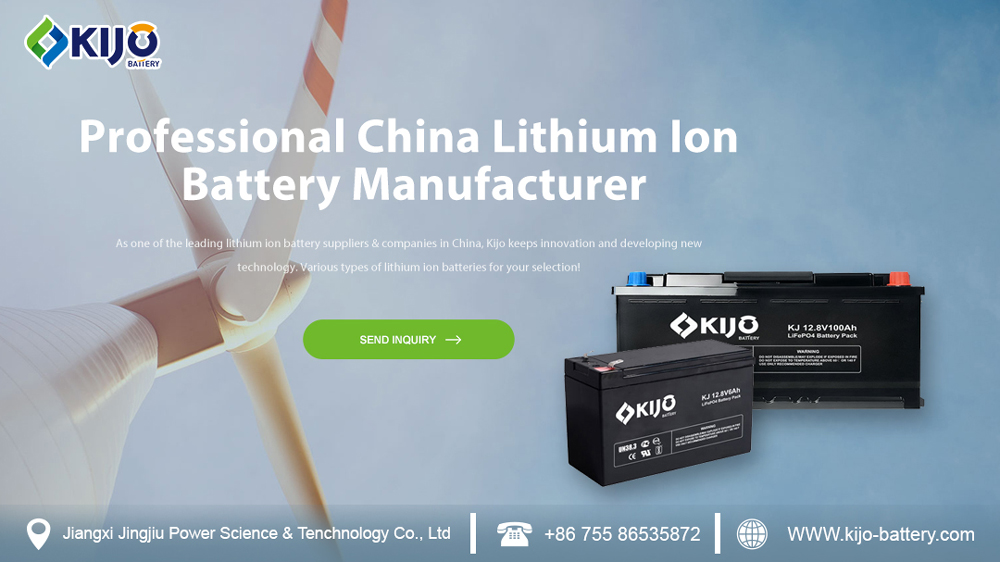 Why Are Lithium-Ion Batteries Important?

Over the lifespan of an EV, due to its zero-tailpipe emissions, EVs are very clean. But, the initial impact of mining for the materials that go into an EV's lithium-ion battery is costly for the environment. Not only this, but many people worry about the conditions many of the workers in these mines face daily. Because of this, recycling these materials is a huge priority for many of the car companies actively involved in the manufacturing of EVs.

What Is a Lithium-Ion Battery?

A lithium-ion battery contains cells that contain a positive cathode and a negative anode. There is also an electrolyte that separates these two layers, and through chemical reactions that liberate electrons, the battery can provide electric energy to whatever it's connected to. The amount of cells determines the battery's capacity, measured in kWh. In the case of the lithium-ion battery, lithium is one of the most important components contained in the battery, and this is because lithium is very willing to give up an electron.

Through the chemical reactions that are taking place in the anode and the cathode, the lithium-ion battery can be charged and discharged many times. This is due to the fact that these chemical reactions can be reversed many times over. Lithium-ion batteries come in many shapes and sizes and are used in such diverse applications as consumer electronics and electric vehicles. Obviously, the lithium-ion batteries in an EV are much larger than the ones you might find in your smartphone, but they still function using the same principles.

One of the greatest advantages of lithium-ion batteries is their great energy density, which makes them relatively lightweight compared to other battery technologies. Manufacturers must take care when designing and implementing lithium-ion batteries into their devices because if the anode and the cathode were to be exposed to each other, these batteries can undergo chemical reactions that might cause fires or even small explosions.

Even though lithium-ion batteries are doing an amazing job powering EVs, they face a challenge in the upcoming solid-state battery. It remains to be seen if solid-state batteries can be improved enough to see mainstream usage in a major automaker's EV lineup.

How Does a Lithium-Ion Battery Work?

Between the cathode and the anode, a liquid electrolyte facilitates lithium-ion movement from the anode to the cathode. The battery also features a porous separator, which is vital in maintaining battery safety, as it keeps the anode and the cathode from coming into direct contact with each other. If the two electrodes of the battery were to come into direct contact, the result would be catastrophic. When a lithium-ion battery powers a device, the lithium intercalated in the graphite-containing anode loses an electron.

This is why lithium-ion batteries are so great for use in EVs, as the process can be repeated many times. When you charge your lithium-ion battery, the charger forces electrons out of the cathode, providing a flow of electrons into the anode. This causes the entire chemical process that occurred while the battery was discharging to reverse, with the lithium-ions leaving the cathode and making their way back to the anode. After the charging process is complete, the battery is ready to go once again.

EV batteries are already providing electric vehicles with astonishing range, and they can be used many times over. But, there are still many things to improve regarding this technology, especially how EV batteries are recycled once they reach the end of their usable life. It remains to be seen if lithium-ion technology is kept around long enough to see monumental improvements or replaced altogether with promising tech like solid-state batteries.

PREV
Why Do More and More People Choose Lithium Batteries?
NEXT
Installed Capacity of LFP Batteries Likely to Grab 60% of Market Share by 2024
Related Products
Products